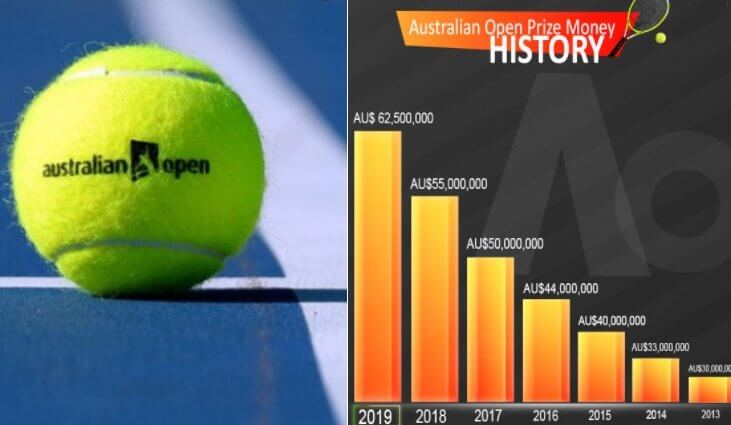 Australian Open prize money: How much will the winners make in 2021?

Still a handy payday, but a significant haircut nonetheless.

Tournament director Craig Tiley says the more even distribution was to help offset the significant costs incurred by players coming to Australia amid a pandemic.

“We have significantly reduced the winners’ prize money cheques, but players like Novak Djokovic, Serena Williams all agreed with spreading the prize money more evenly, providing the up-and-coming players an opportunity to earn more because it has been a difficult year,” Tiley told The Hindu newspaper.

“We think it’s a great initiative and I have had zero pushback.”

What is the Australian Open purse for 2021?

How much money does the winner get?

The $2.13 million take-homes by the winners are the lowest total at the Australian Open since 2014.

The doubles winners’ prize money has also taken a hit this year, though again, there’s an increase in pay for those going out in the early rounds.

In 2020, the winning pair took home around $146,000 while the runner-up and semifinalists saw their payouts drop in 2021 as well. First-rounders through quarterfinalists stayed stagnant from year-to-year.

The Australian Open is now in the top spot among the Grand Slams in terms of the total prize pool, though the changes in 2021 have seen the winners’ money drop to third.

Here’s how each major tournament breaks it down.

All figures in USD

The Championships were canceled in 2020 due to the pandemic, but here are the 2019 figures.

2021-11-22
Previous Post: Bitcoin regains its momentum and so do other coins
Next Post: Riyadh Season: Fantasy stores that spread cultural heritage through local products