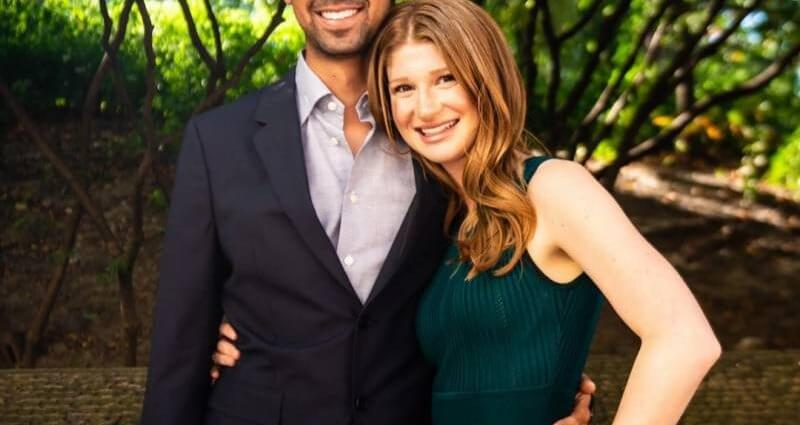 Jennifer Gates, daughter of Microsoft founder Bill Gates, has married her Muslim Egyptian friend Nayel Nassar. According ABC News, on October 16, the first Muslim marriage took place in a limited way, after which Jennifer Gates and Nayel Nassar tied the knot in a ceremony in New York.

Jennifer first shared the happy news of her engagement to Nassar in January 2020.

Nayel Nassar, you are one of a kind,” she wrote in her social media announcement alongside a photograph that showed Jennifer wearing a large diamond ring. “Absolutely swept me off my feet this past weekend, surprising me in the most meaningful location over one of our many shared passions,” she added. “I can’t wait to spend the rest of our lives learning, growing, laughing and loving together. Yes a million times over.”

Nassar, an equestrian who competed in the Tokyo Olympics, also celebrated their milestone moment on his own Instagram account, writing, “SHE SAID YES!!”

“I’m feeling like the luckiest (and happiest) man in the world right about now,” he wrote. “Jenn, you are everything I could have possibly imagined..and so much more. I can’t wait to keep growing together through this journey called life, and I simply can’t imagine mine without you anymore. Love you more than you can possibly imagine, and thank you for making every single day feel like a dream to me. Here’s to forever!”

Jennifer Gates appeared in a white dress at her wedding

Workers were hauling in white flowers in orange Home Depot 5-gallon buckets, to be placed along a walkway leading into the ceremony. Choral music could also be heard coming from the horse farm as dozens of catering staff who were wearing black shirts walked outside the wooden barns. Silver heaters together with lanterns were all seen waiting to be put into place.

The workers brought in their own catering, boxes of Dunkin Donuts and gallons of coffee. Five ladies who call themselves ‘the Sisterhood of the Walking Pants’ strolled by the event, where a loud bandsaw hurt their eardrums.

At the rehearsal dinner on Friday, Bill, 65, was seen in a dark suit while Melinda, 57, was seen in a colorful dress at the home in North Salem, New York.

The pair, who were among the most prominent couples in global business, having once worked together, could be seen welcoming guests to the Jennifer’s sprawling estate as a weekend of celebrations began in earnest. The proud parents of Jennifer could also be seen smiling while wedding photographers took pictures of the occasion.

Earlier on Friday, Jennifer and her dashing groom-to-be Nayel also stepped out on the deck of their home to enjoy a quiet moment will Bill and Melinda, together with her younger brother.

They were seen posing for pictures on the deck before moving down to a scenic, tree-lined driveway, where the pair walked as a couple, danced and kissed.

An elaborate tent city has been set up on the property, and on Thursday potted trees were hauled in to block views of the venue from the roadway and give them some semblance of privacy.

The pair’s eldest daughter, Jennifer, tied the knot with her longtime love, Nayel Nassar, on Saturday at her horse farm in North Salem, New York, according to multiple reports.

Bill and Melinda — who decided to end their marriage of 27 years back in May — both walked their daughter, 25, down the aisle at her ceremony, as the bride wore a stunning custom Vera Wang gown, per Daily Mail.

The outlet reports that the bride and groom held a private Muslim ceremony the night before Saturday’s 300-guest celebration, at which her parents were also in attendance.

As for Saturday’s larger ceremony, Coldplay and Harry Hudson reportedly performed at the reception, which was attended by many of the Microsoft heiress and the Egyptian equestrian’s influential friends and family.

Jennifer got engaged to 30-year-Nayel last January. They both graduated from Stanford University — Jennifer with a degree in human biology and Nayel with a degree in economics — and are both accomplished equestrians.

Jennifer is the eldest of the Gates children, which includes her 19-year-old sister, Phoebe, and her 22-year-old brother, Rory.

Bill and Melinda shocked many around the world when they announced in early May that they decided to end their marriage after 27 years. Their divorce was finalized in August. According to court documents obtained by ET, Melinda does not plan on changing her name, and as part of the divorce agreement, neither party is paying the other spousal support.

Jennifer Speaks up about parents divorce

Back in May, Jennifer publicly spoke out about her parents’ divorce on her Instagram Story. By now, many of you have heard the news that my parents are separating,” Jennifer wrote in part. “It’s been a challenging stretch of time for our whole family. I’m still learning how to best support my own process and emotions as well as family members at this time, and I am grateful for the space to do so.”

Jennifer went on to thank her friends and followers for “understanding our desire for privacy while we navigate the next phases of our lives.”