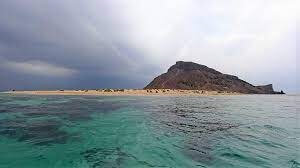 The Saudi Crown Prince has launched a $13 billion strategy to make Asir a center of world tourism. The captive’s strategy is to attract more than 10 million local and foreign visitors by 2030. The region is to be a year-round destination.

Jeddah: Saudi Arabia’s Crown Prince Mohammed bin Salman has launched an SR50 billion ($13 billion) tourism strategy for captives aimed at attracting more than 10 million visitors inside and outside the kingdom by 2030.

The Saudi Press Agency reported on Tuesday that the project in the region, under the theme “Arab Highlands”, aims to “signify a comprehensive and unprecedented development for the region by pumping 50 billion riyals through various investments.”

The investment includes financing projects and a tourist attraction on the peaks of the Asir Mountains to make the province a year-round destination.

The Major role of the project

The projects will rely on the region’s cultural and natural forces that combine “authenticity and modernity” and help advance social and economic development in the region.

The Crown Prince, who is also chairman of the Council for Economic and Development Affairs, said the strategy aims to take advantage of the region’s vast tourism potential, including geographical and natural diversity, and rich culture and heritage.

This strategy helps attract local and foreign investment and makes tourism and culture a key driver of captive economic growth.

This will help create new jobs, raise living standards and upgrade basic services and infrastructure in the area.

Prince Turki bin Talal bin Abdulaziz, Governor of Asir, thanked the Crown Prince for his continued support and generous care of the Asir area and its people.

The strategy was launched in collaboration with the Boston Consulting Group. A US-based development authority support office, and the Captive Development Authority.

The area is located in the southwest of the country and stretches for 125 km along the shores of the Red Sea.

It covers an area of ​​about 80,000 square kilometers and its highest mountain, Mount Soda, is 3,015 meters above sea level. The captive shares a border with five other areas in the kingdom and has a population of over 2.3 million.

There are two airports in the area, including Abha International Airport, and two universities – King Khalid University and Bisha University.

King Khalid University is part of the strategy because of its developmental and human significance.

Under the plans, Abha Airport will be expanded to handle 10 million passengers annually.