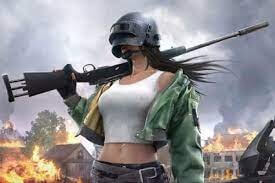 PubG Mobile Beta Update 1.6 is finally for Android users. A complete and final update is expected soon. However, Android gamers can now run the beta version of the 1.6 updates.
The developers released Update 1.5 in July with Tesla Cars, Tesla Giga Factory, and many new features. Overall, in the 1.5 updates, the entire game interface has changed. So gameplay to experience more of the future.

Android users can now download the Pubg Mobile 1.6 beta update by downloading the APK file. In addition, the BGMI 1.6 update has been released, so Indian users can download the latest version and run the beta update.

How to instal The APK File

Just go to the website given here. Download the APK file, which is the latest Mobile 1.6 beta version.
After downloading the file, make sure you have enough space of 745 MB.
Enable unknown sources in privacy setting, APK file not being installed. Once the installation process is complete. Open PubG Mobile 1.6 beta version and run it on your device. Enjoy non-stop missions of PubG android 1.6. Keep in touch for further regarding news updates

2021-08-27
Previous Post: A massive blast shattered Afghan kills at least 85 people
Next Post: Walmart has given big discounts on PS4 and PS5 games