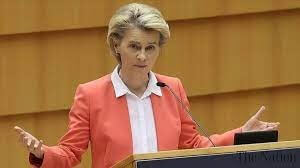 Both European Union and Britain denied to recognize Taliban Government British Foreign Secretary Dominic Robb uttered Britain will not “recognize” the Taliban government in any way, while the European Union has said it will contact people to evacuate without recognizing the Taliban. On the other hand, Russian President Vladimir Putin has END_OF_DOCUMENT_TOKEN_TO_BE_REPLACED