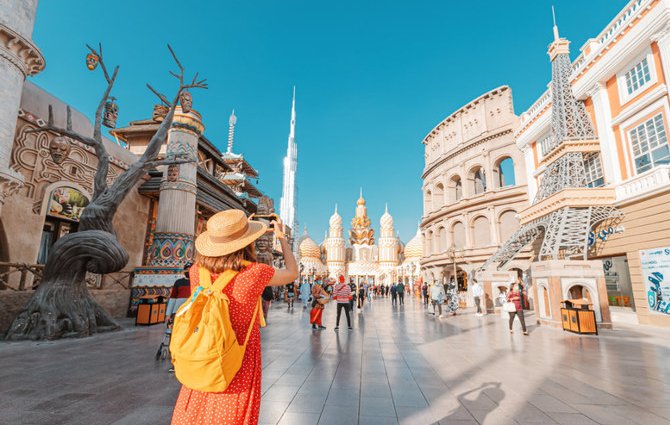 The biggest contribution of the tourism to Saudi’s economy

Travel and tourism contributed 21.7% to the global gross domestic product in 2021 Global tourism has been facing the brunt of natural and man-made events, one after the other. However, it has the potential to grow to $8.6 trillion in 2022, according to an industry survey.

Travel and tourism contributed 21.7 percent to the global gross domestic product in 2021 after falling sharply in 2020 due to COVID-19, according to a joint survey by the World Travel & Tourism Council and Oxford Economics. According to the travel body, tourism growth this year holds tremendous potential.

Even as global tourism showed strong signs of recovery in January 2022 after reeling under COVID-related restrictions, the Russian invasion of Ukraine added to the uncertainty, the United Nations World Tourism Organization stated in a report.

The UN report stated that global international tourist arrivals more than doubled in January 2022, rising by 130 percent compared to January 2021. Around 18 million more tourists were recorded worldwide in March this year.

Despite these figures reflecting a positive trend, recovery halted indefinitely in the wake of Omicron and travel restrictions in several destinations. In January 2022, international arrivals remained 67 percent below pre-pandemic levels after declining 71 percent in 2021, according to the UN report.

In the same month, all regions performed significantly better than the corresponding month in 2021. Even as international arrivals were at around half the pre-pandemic levels, both Europe and the Americas continued to have the strongest turnout.

Although European arrivals increased by 199 percent and Americas by 97 percent, international arrivals remained below the pre-pandemic levels and declined by 53 percent and 52 percent, respectively, UNWTO explained.

Tourist arrivals in the Middle East grew by 89 percent and Africa by 51 percent in January 2022 compared to January 2022.

By the end of March, more than 10 COVID-restricted destinations had opened up, and a growing number of places eased or lifted travel curbs; it allowed the pent-up demand to be met.

As the US and Asian source markets have been easing restrictions, they could be particularly impacted in travel to Europe since they have historically been more risk-averse.

Many European countries banned Russian carriers, which affected intra-Europe travel. It also increased the duration and cost of flights between Europe and East Asia due to detours, the report added.

In 2020, Russia and Ukraine accounted for 3 percent of global tourism spending. UNWTO estimated that at least SR55.5 billion ($14 billion) in global tourism receipts would be lost if the conflict persists.

On the road to recovery

Sojern Middle East and Africa Managing Director Stewart Smith said that the company had observed that neighboring countries in Eastern Europe provide aid and support to Ukraine rather than promoting their destinations to tourists.

Sojern, a digital marketing platform that both the UNWTO and the Pacific Asia Travel Association rely on for their travel and tourism recovery research, stated that flight searches for Asia-Pacific dropped 12 percent in 2022 compared to 2019.

Smith said that several destinations do not want to miss out on tourist opportunities during their peak season. Therefore, they continued to invest in tourism support, albeit less than usual.

Through co-op marketing, Sojern partnered with the Department of Culture and Tourism and demonstrated its commitment to supporting Abu Dhabi’s properties.

This year, the company saw a 2,000 percent increase in travel intent from Oceania, particularly Australia and New Zealand. However, there were more travel restrictions in that region than today, and it was much more difficult to travel to Europe from Oceania.

According to Sojern data, flight searches in Europe, the Middle East and Africa increased by 46 percent in 2022 compared to the pre-pandemic levels in 2019. Also, year-over-year flight searches to Europe were more than 200 percent higher in March 2022 than they were at the corresponding time last year, Sojern reported.

While the conflict led to uncertainty, hotel and flight bookings in the first quarter of 2022 and April onwards showed continued promise.